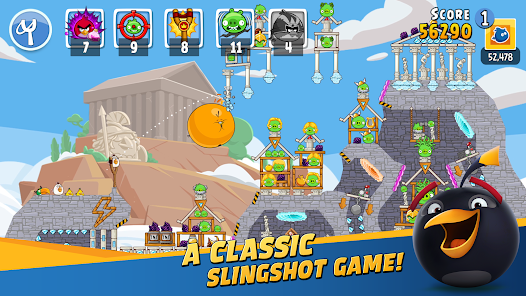 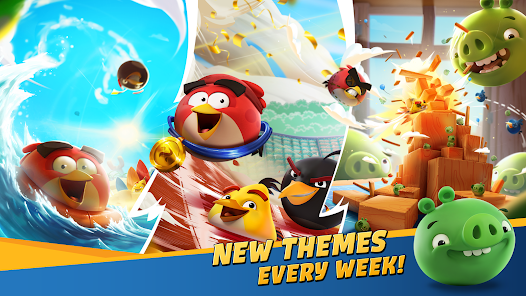 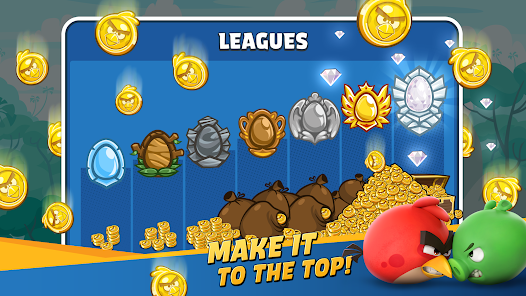 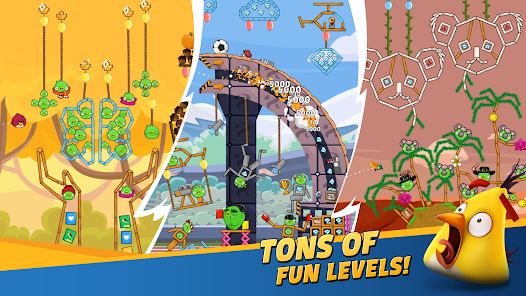 The survival of the Angry Birds is at stake. Dish out revenge on the greedy pigs who stole their eggs. Use the unique powers of each bird to destroy the pigs’ defenses. Angry Birds features challenging physics-based gameplay and hours of replay value. Each level requires logic, skill and force to solve.

Compete against the World in 24 NEW Angry Birds levels every week!
Or take your chances in the Star Cup as you go head-to-head against individual opponents!
Compete with your friends, come out on top, and climb the leaderboards to become the BEST Angry Birds player in the World!

Angry Birds Friends is completely free to play, but there are optional in-app purchases available.

We may update the game periodically, for example to add new features or content or to fix bugs or other technical issues. Please note that the game may not function properly if you do not have the newest version installed. If you have not installed the latest update, Rovio will not be responsible for the game failing to function as expected.

Angry Birds 2 is the first official sequel of the legendary Angry Birds, one of the most influential and widely downloaded games in history.The first thing that will get your attention in Angry Birds 2 is the improved graphics. The graphics in the earlier Angry Birds games were pretty good, but they’re spectacular in this game. Sometimes they’re so good that it feels like you’re watching a cartoon. Unlike other games like Angry Birds Rio or Angry Birds Seasons, this new game includes some very interesting new features.