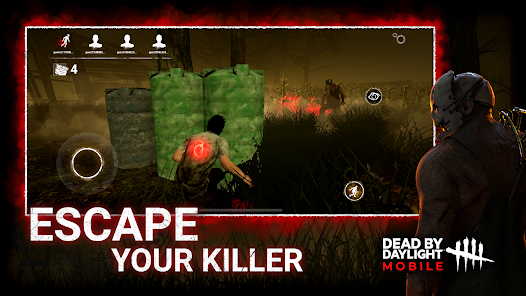 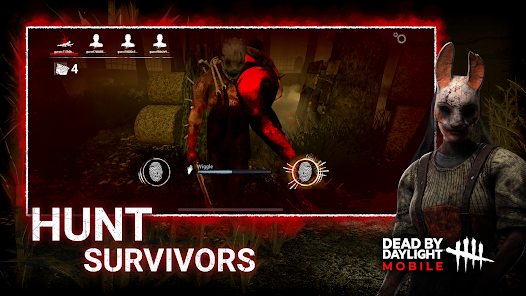 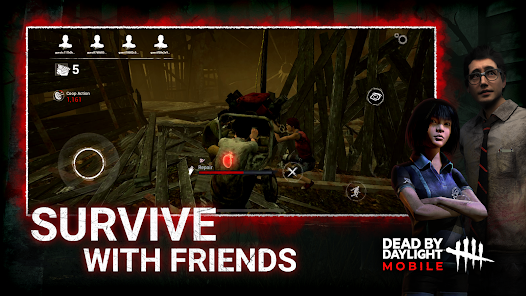 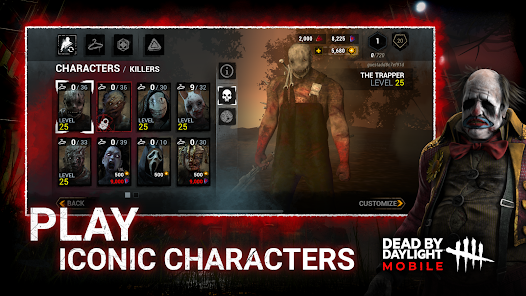 Inspired by cult classic slasher films, Dead by Daylight™ is a multiplayer (4vs1) horror and action game in which one ruthless Killer hunts down four Survivors trying to evade a gruesome death.

Survivors play in third-person and have the advantage of better situational awareness. The Killer plays in first-person and is more focused on their prey. Inspired by cult classic slasher films, Dead by Daylight™ is a multiplayer (4vs1) horror and action game in which one ruthless Killer hunts down four Survivors trying to evade a gruesome death.

PLAY WITH FRIENDS
Players can experience the thrill of both Killer and Survivor in this deadly game of hide and seek. Survive with your friends as a team or outlast them all. Play as a Killer and sacrifice Survivors to The Entity. Whether you enjoy making your friends laugh or scream, this 4vs1 asymmetrical survivor horror game has something all players will enjoy. With 5 players in the same Killing Grounds, unexpected moments and unforgettable jump scares wait around every corner.

PLAY AS ICONIC CHARACTERS
Dead by Daylight Mobile comes with iconic killers from some of your favourite horror franchises. With Leatherface™, Michael Myers®, SAW®’s Amanda Young, Ghost Face®, or Silent Hill™’s Pyramid Head, our growing gallery of licensed characters has the variety your insatiable blood lust will love. And if players wish to play as one of our Survivors, they still get cult classic variety with beloved heroes like Halloween®’s Laurie Strode, SAW®’s David Tapp, Left for Dead’s Bill Overbeck, and Silent Hill™’s Cheryl Mason.

FITS IN YOUR POCKET
Dead by Daylight Mobile is the same survival horror game you love on console and PC, but fully optimized for mobile and now always by your side.

*A stable internet connection is required to play this game.
*Device Requirements: At least a Samsung Galaxy S7 or equivalent with Android v7.0 (Nougat OS) or above

Dead by Daylight Mobile is the iOS adaptation of one of the most iconic multiplayer horror games. Just like its PC and desktop console versions, four survivors are out to escape from an assassin who possesses supernatural powers. Your enemy will do everything in his power to get rid of all of you. As you can imagine, the survivors and the assassin are player controlled. Controls in Dead by Daylight Mobile are really well-adapted to touchscreens. The movement virtual stick is located on the left side of the screen and the action buttons are located to the right. Depending on whether you’re in control of a survivor or the assassin, there are different controls available. For example, the assassin has several supernatural powers that allow him to easily detect the survivors.