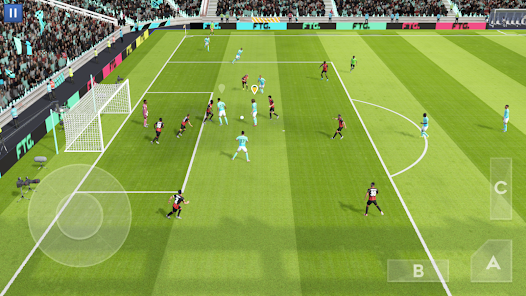 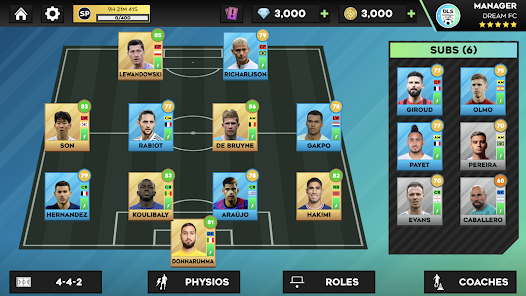 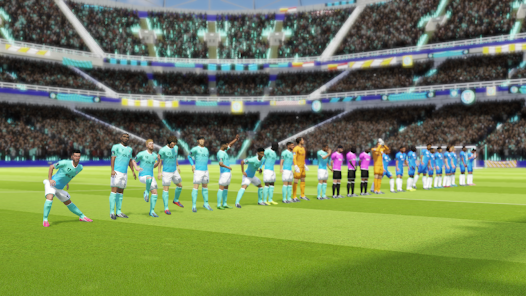 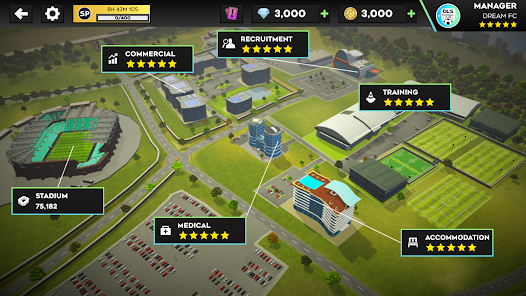 Dream League Soccer 2023 puts you in the heart of the action with a fresh look and brand new features! Build your dream team from over 4,000 FIFPRO™ licensed players and take to the field against the world’s best soccer clubs! Rise through 8 divisions whilst enjoying full 3D motion-captured player moves, immersive in-game commentary, team customisations and much more. The beautiful game has never been so good!!

BUILD YOUR DREAM TEAM
Sign top superstar players such as Kevin De Bruyne & Achraf Hakimi to create your very own Dream Team! Perfect your style, develop your players and take on any team who stands in your way as you rise through the ranks. Upgrade your stadium with world-class facilities as you make your way to the Legendary Division. Have you got what it takes?

DRESSED FOR SUCCESS
Feast your eyes on a sumptuous Dream League Soccer experience! Customise your manager from a host of different options including hairstyles and outfits. Along with our new and improved graphics engine, your dream team has never looked this good!

CONQUER THE WORLD
Dream League Live puts your club against other elite teams. Work your way through the ranks to prove your teams’ potential and compete in Global Leaderboards and Events for exclusive prizes!

FEATURES
• Build and develop your dream team from over 4,000 FIFPRO™ licensed players
• Full 3D motion-captured kicks, tackles, celebrations and goalkeeper saves gives unmatched realism
• Reach legendary status as you rise through 8 divisions and compete in more than 10 cup competitions
• Build your soccer empire from your own Stadium to Medical, Commercial and Training facilities
• Recruit Agents and Scouts to help identify top talent in the transfer market
• Immersive and exciting match commentary keeps you in the heart of the action
• Use Coaches to develop your players technical and physical abilities
• Customise your team’s kit and logo or import your own creations
• Take part in regular seasons and events to win unrivalled rewards
• Compete against players from across the globe with Dream League Live
• Exclusive soundtrack featuring BEKA, The Luka State, Vukovi and more!

Please note: This game is free to play, but additional content and in-game items may be purchased for real money.
This game requires an internet connection and contains third party advertising.

Free gaming app for iPhone, by First Touch Games Ltd. Dream League Soccer 2017 is a free iPhone software, belonging to the category “Games”, and developed by First Touch Games Ltd. More information about Dream League Soccer 2017 The current version is 4.04 and the latest update in our guide was on 05/04/2017. Dream League Soccer 2017 is available for users with the operating system iOS 8.1.2 and later versions, and you can get it in different languages ​​like English, Spanish, and German. Since we added this program to our directory in 2017, it has achieved 167 downloads, and last week it had 13 downloads. It is used extensively in countries such as Tanzania, the United Republic of, Bosnia and Herzegovina, and Brazil.

The game will start by choosing the name of the team as a first step, specifying the team leader and preparing the equipment you want, and after these points are completed, you will start playing matches against simple teams with Dream League Soccer for iPhone. You must beat these teams many times to get points and move to stages with average teams And then with the world’s strongest teams. Then you can develop the stadium on which you will play, prepare your plans for the team, create banners and monitor the results of your team. Try to follow everything to improve your team’s performance in the Dream League Soccer game. The Dream League Soccer game contains 3D features and animations as well as an advanced artificial intelligence system. You will navigate a football experience with one of the most famous football games for Android APK and for iPhone for free. And the control of the game will be by touching the screen, and you will find the controls located in the left corner of the screen and also the movement buttons are located on the right corner of the screen to pass the balls or focus in the right place or shoot the ball and take deep kicks and dribbling the ball and make very large shots with The most popular ball games for Android or iPhone. You will enter Dream League Soccer and start building your team.