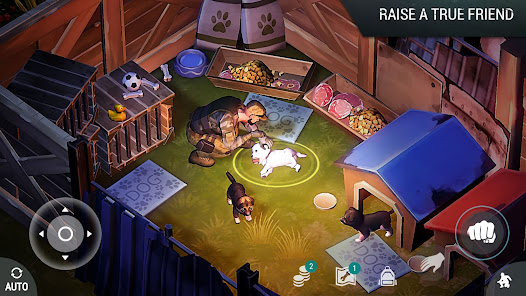 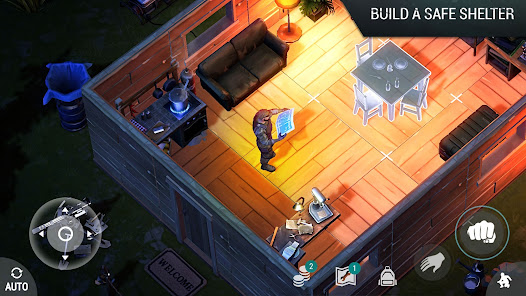 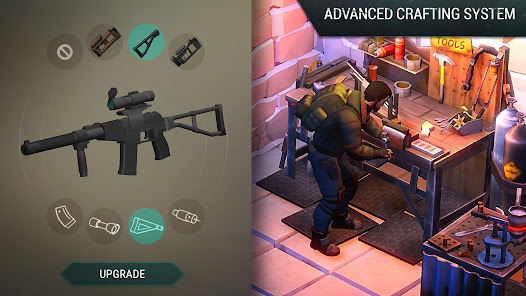 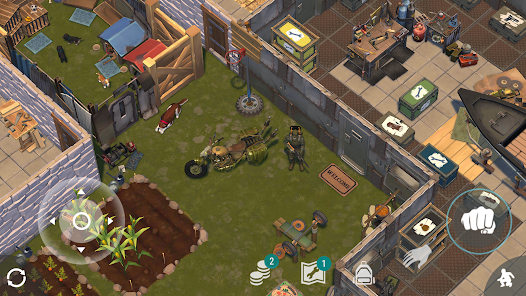 Imagine you woke up to the apocalypse in the survival shooter Last Day on Earth. Feel the horror and adrenaline rush from the process of real surviving in a harsh environment! Meet the world where zombie hordes’ instinct to murder you is as strong as thirst or hunger. Descend into the atmosphere of survival right now or start Last Day on Earth once you’re done with reading this description, in which I’m going to tell you about some key features.

■ Create your character and look around: near your shelter, there are a lot of locations with different danger levels. From the resources collected here you can craft everything necessary for survival: from a house and clothes to weapons and an all-terrain vehicle.

■ As your level grows, hundreds of useful recipes and blueprints will become available to you. First off, build and enhance the walls of your house, learn new skills, modify weapons, and discover all the joys of the gaming process.

■ Pets are an islet of love and friendship in the world of the zombie apocalypse. Joyful huskies and smart shepherd dogs will be happy to accompany you in raids, and while you’re about it, help you carry out loot from hard-to-reach places.

■ Assemble a fast Chopper, an ATV, or a motorboat and get access to remote locations on the map. You don’t get the rarest resources for complex blueprints and unique quests for nothing. If there’s a mechanic sleeping inside of you, it’s just the time to wake him up!

■ If you like cooperative play, visit the city in the Crater. There you’ll meet loyal companions and find out what you’re worth in PvP. Join a clan, play with other players, feel the unity of a real pack!

■ Survivor (if you have read this far, I can call you that), an arsenal of cold weapons and firearms that would make even a seasoned hardcore player envy is at your service. Here are bats, miniguns, M16, good-old AK-47, Mortar, C4, and too much more to list, better see it for yourself.

■ Forests, Police Station, Spooky Farm, Port, and Bunkers packed with zombies, raiders, and other random characters. Always be ready to use force or flee. Anything goes, when it comes to survival!

Now you are a survivor. No matter who you are, where you come from, and what you used to be before. Welcome to the cruel new world…

The last Day on Earth is a third-person MMORPG that challenges you to control one of the few survivors of a massive zombie apocalypse. At first, your only objective is to survive. But, as you make your way into this new world where only the strongest survive, you’ll inevitablely adapt and aim even higher. Although it’s an internet game, you can still interact with other players (and even fight against them). But in its own way, Last Day on Earth manages to convey that feeling of absolute solitude that’s common in a post-apocalyptic world. You’re almost always entirely alone. Your only businesses are the animals you can hunt and the bunch of zombies, which

Last Day on Earth: Survival (IPA Menu) – an exciting online game on IOS, in which you’ll find yourself among the scorched wasteland, where zombies and chaos reign. Create your impregnable base, as you progress improve it, putting a lot of traps. Get precious resources, with which you can create new items, look for supplies, The best way of being informed on everything that’s going on the game and other events of our community is joining the army of survivors in social networks. That’s where we share information on the upcoming updates and current events. We also can’t do without cool contests with precious gaming prizes there. Let’s survive together! The survival shooter Last Day on Earth is set in a post apocalyptic world: in 2027 the world saw an outbreak of an unknown infection that destroyed almost all the human race. And it didn’t stop there. All those dead started turning into zombies and those few survivors that have resistance in their blood are trying to survive on the ruins of the once great world.