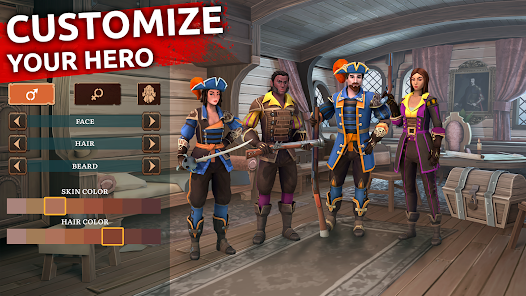 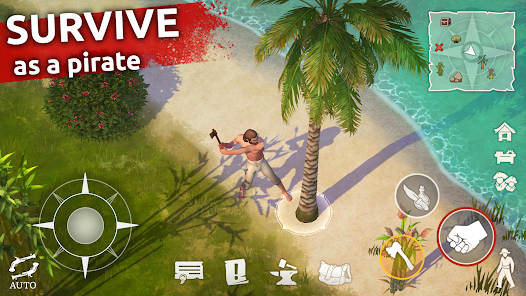 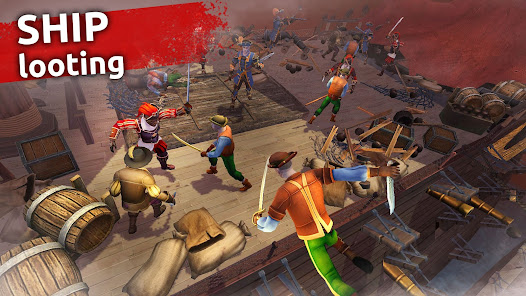 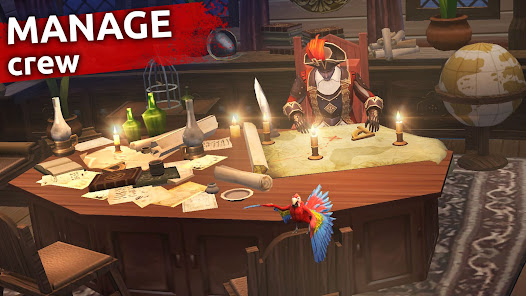 Survive the challenges of the real role playing ocean adventure and become the most feared pirate in the Caribbean! Get your stuff together and lead your small crew, turning this deadly survival into some drop-dead adventure! Survive in the epic ocean free role playing game: Mutiny – Pirate RPG!

GAME FEATURES
⛰Build a fortified island shelter⛰
In this island adventure you have to fight your way through the wilderness and build your fort to protect your treasures and your lives. Gather resources, craft weapons, get rare materials and build a perfect fortress.

🧨Craft Weapons & Armor for a Fight🧨
The craft system will provide you with all you need to survive these haunted pirate islands. Craft from over 100 recipes – from a simple shirt to a mighty pistol. Craft the strongest weapons and armor in the sea. Equip yourself with the best pirate outfit.

🏴‍☠️Lead your crew of pirates🏴‍☠️
For the first time in the survival genre you get a team to control. Appoint them to different tasks from crafting items to defending your fort. Explore challenging island quests and search for pirate treasures. Open the map and explore the sea world. Grow your team to become the best captain of the islands!

⛏️Gather resources⛏️
Stock up the wood for your shelter and first tools, then do some mining for more complex recipes of weaponry. Explore new islands and get more unique resources. Hunt animals to survive hunger and collect rare items.

🏝️Explore & Survive on new islands🏝️
Explore the world of the PVP games in Caribbean archipelago during the golden age of piracy! Reach the abandoned islands and fight hostile pirates, befriend the Indian tribe of Taino and survive in the sea full of sharks.

⚔️Prepare to fight & Loot other players⚔️
Fight PVP battles and lead on the attacks on your neighbors on the map! Get through their defense to the full chests of loot, fight for survival and let the mistress Fortune to smile over you!

💰Trade on a merchant ship💰
Multiple merchants are ready to sell or exchange rare resources, unique items or customise your character. Upgrade your boat and find merchants on the map and get even more valuable loot.

🎁Limited Events🎁
Don’t miss out on the time-limited events. Find an Island of Wrecked Ships on the global map and go there to get rare items to build your ship. At Boarding you can take part in the fight of two ships and find some nice loot there. Other events await for you as well!

Start your own online RPG survivor journey under the black flag today and prove yourself to be a real survivor of the dangerous Caribbean. Try to survive in a role playing sea world!

This is a real Caribbean role playing game with ocean quests and pirates fights. Join this survival adventure! Mutiny is an epic RPG where you have to fight to survive in the brutal island world.

The world of Caribbean island quest games is all yours! Prove you are worth being named the pirate king. Your pirate adventure begins right now. Get your crew ready to fight in survival games!

Join thousands of players around the world! Mutiny collected the best features of PVP and RPG adventure games. With so much going on you’re sure to remember this pirate island survival quest for long. Hang tough and may Jolly Roger bless you!

Mutiny Pirate Survival RPG Survive the challenges of the real role playing ocean adventure and become the most feared pirate in the Caribbean! Get your stuff together and lead your small crew, turning this deadly survival into some drop-dead adventure! Survive in the epic ocean free role playing game: Mutiny – Pirate RPG!

Mutiny Pirate Survival RPG game you truly can play free if you choose and money doesn’t make bullies here! Always something to do from challenges, quest or grind and gather materials to fortify your fort or build armor and weapons that means you first built your machinery to make it. Usually several different events going on along side your daily quest. Slow in the beginning because you really start stranded and alone without anything on a deserted island, don’t give up or lose interest. You won’t regret it Step up to join a real survivor adventure! Mutiny is an epic RPG quest where you have to fight to survive cruel island games. Man up! Now you’re a pirate going through the odds of a real ocean survival – so get your stuff together and lead your small crew, turning this deadly survival into some drop-dead adventure! In this island adventure you have to fight your way through the wilderness and build your fort to protect your belongings and your lives. You have to become a fortunate pirate, and pretty darn soon

All aboard!
Brave adventurers from all over the seas are always welcome at Mutiny! Meet the new update with some helpful improvements you have asked for!

• Czech language
Warm greetings to the Czech-speaking pirates. Welcome to the pirate bay!
• Fire it up!
Use any wood starting from Tier 2 to produce charcoal at Bonfire;
• Master Healer
Feel free to use several potions in a row for gradual healing to free your hands before a battle.
Safe to Download