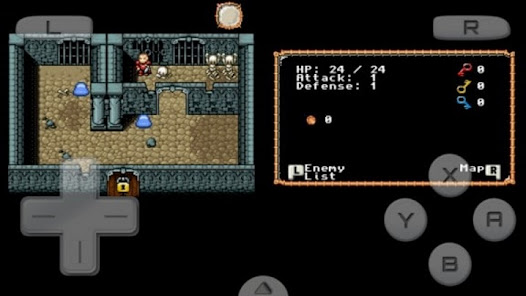 First and foremost, keep in mind the NDS Emulator will run at less than 100% speed on almost every single android device. Performance will vary greatly between devices. Please keep that in mind when choosing to download this app.

Nds4ios emulator allows users to play Nintendo DS roms directly on their iPad and iPhone, which works with iOS devices running iOS 5.1.1 and above. The emulator also includes such features as Dropbox integration and iOS 7 controller support.

The NDS Emulator is a powerful, user-friendly emulator for Android.

Roms are not included with the emulator and as with all emulators they must be downloaded separately. Please only download games that you already own.

NDS4iOS is a powerful Nintendo DS console emulator is a part of the multi-platform DeSmuME 0.9.10 for non-jailbreak iOS Devices, Created by InfiniDev from the original Nintendo DS apps, originally, it was only created for Jailbroken users but, now it is available for non jailbreak devices.

now it is available for non jailbreak devices. This simple compatible with all iOS firmware and let you play Popular and old school days DS console games on your iPhone or iPad. Depending on your iOS device and its running firmware, It emulates the games in high speed with rich graphics. But if you use iPhone 4 or below resulting Game may stuck or slow process.